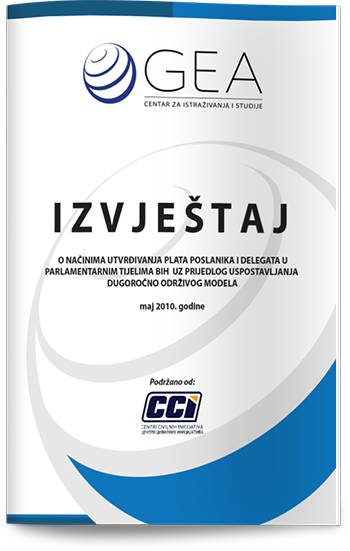 The report on the current model for determining wages of MPs and delegates in parliamentary bodies of B&H with the proposal for the establishment of a long-term sustainable model represents a study aimed at contributing to the creation of a system that will secure responsible and rational spending of public funds in Bosnia and Herzegovina.

The report is addressing the weaknesses of existing models for determining wages in the Parliament of Bosnia and Herzegovina, Parliament of the Federation of B&H and National Assembly of the Republic of Srpska. It offers concrete recommendations for achieving better and long-term sustainable solutions.

Therefore, the following recommendations were defined, which, among other, were based on good practice examples from parliaments from European countries: