Inequality in B&H: From empty pockets to full safes

B&H is one of the countries with the highest economic inequality in Europe and the region. FYR Macedonia is maybe the only country with higher inequality than B&H. According to data on taxed income provided by the tax Administration of the Republic of Srpska for the purpose of this research, we have come to the following conclusions: 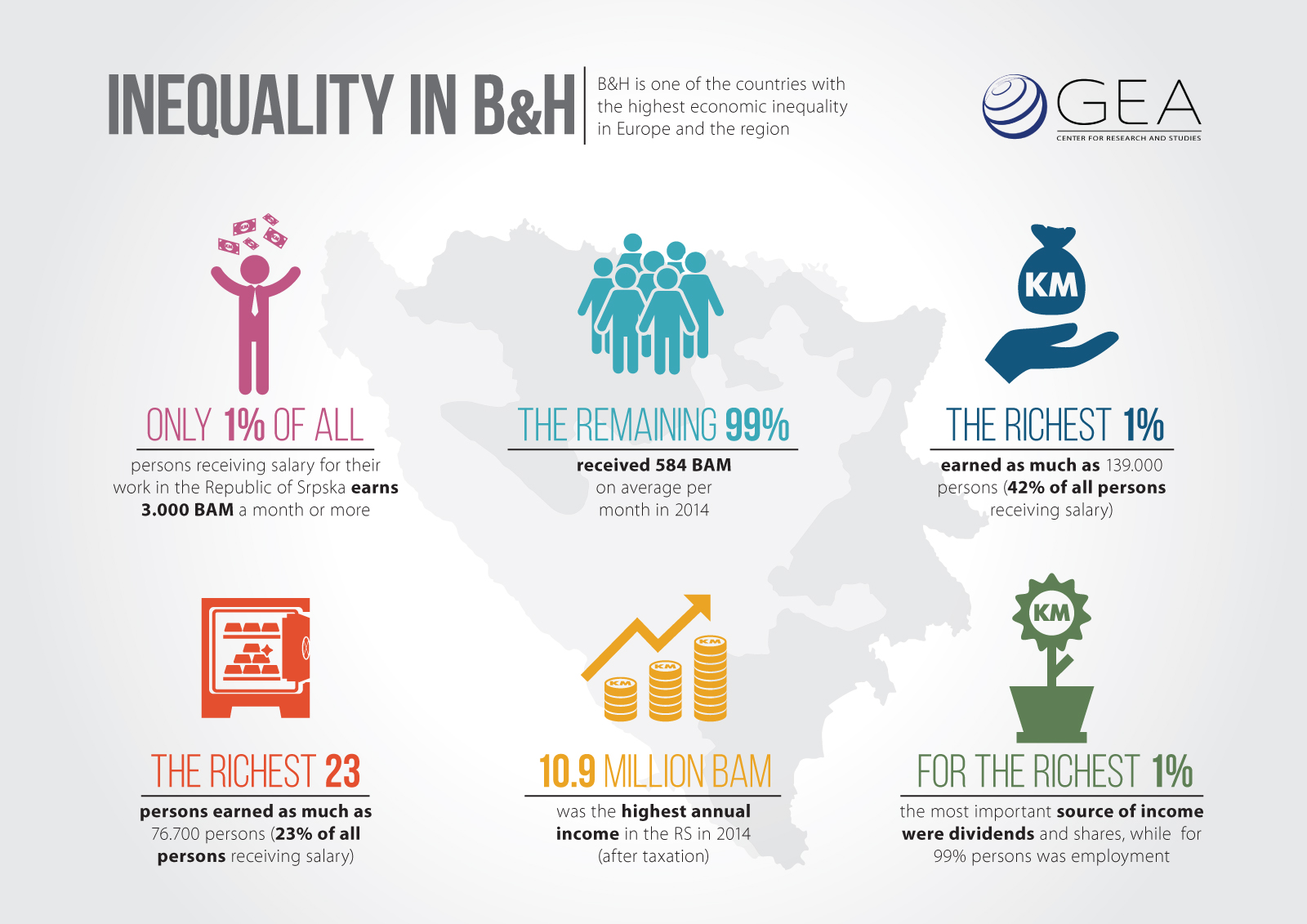 Economic inequality increased during the last 2-3 decades in most countries of the world, resulting in wealth concentration with a small number of the richest individuals and increase in poverty among the employed. Even though a number of developing countries experienced fast economic growth over this period (e.g. China), the biggest income growth was realized by the richest residents of those countries. From the aspect of the world as a whole, today’s level of inequality is astounding. Here are several pieces of data from existing research papers:

Due to a lack of information on the value and ownership of property among the population of B&H, which would best reflect the degree of economic inequality, this research focuses on the analysis of income distribution.