How to improve media reporting on economy in Bosnia and Herzegovina?

In cooperation with the association “BH novinari”, Center for Research and Studies GEA organized two panel discussions on the topic “Reporting on economy by media in the Republic of Srpska and Federation of Bosnia and Herzegovina”.The goal is to organize 6 one-day workshops where journalists and editors in chief dealing with economic topics within some of the most popular electronic and printed media in Bosnia and Herzegovina will be able to exchange opinions in order to find answers to questions such as these: do we learn enough about economy through media, selection of an economic topic, selection of interlocutors, do we get proper answers to proper questions, constructive criticism by the journalist, examples of reporting by leading global media, etc. 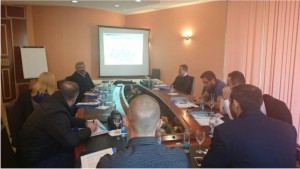 The first panel discussions were held on November 6th in Banja Luka and on November 7th in Sarajevo. They were lead by guest moderators Mladen Mikovic (the “Finance” magazine and leader of a regional project “Business Plus”) from Slovenia and Batic Bacevic (deputy editor in chief of “Politika”) from Serbia. 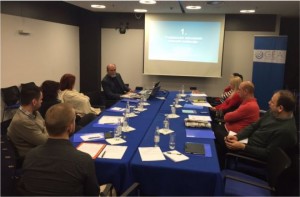 The second panel discussion was held on November 13th in Sarajevo and on November 14th 2015 in Banja Luka. It was lead by guest moderator Milan Culibrk (editor in chief of the “NIN” magazine) from Serbia.

Both panels proved to have been very useful for more than 30 participating media representatives. They were able to receive valuable information and practical pieces of advice in the area of reporting on economy. Panel participants agreed that media should give more space to economy. To facilitate that, it is necessary that those reading/viewing/listening to the news develop greater interest in economic developments that directly influence their everyday lives. This can be achieved by adapting the way of reporting so news contents could be more understandable and closer to wider audiences, not just to economists.

A third, final, two-day workshop is planned to be organized in the next period for media representatives from the Republic of Srpska and the Federation of B&H.