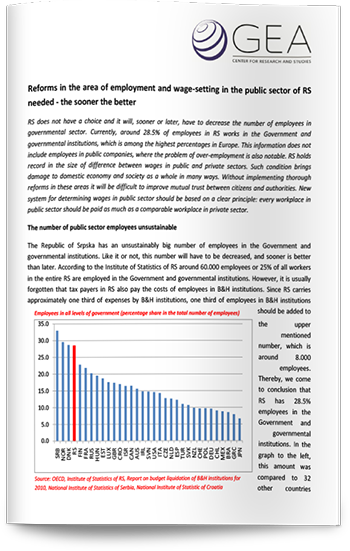 In the analysis of effectiveness of the Republic of Srpska’s public authorities made by the Center for Research and Studies GEA it was determined that RS has no choice and, sooner or later, has to decrease the number of Governmental sector employees.

At the moment, around 28.5% of all employees from RS works within the Government and Governmental institutions, which is among the highest percentages in Europe. Employees from public companies, where the problem of overemployment is also significant, were not included in the mentioned data. RS also holds record when it comes to the difference between wages in public and private sector.

Conclusions of the analysis: