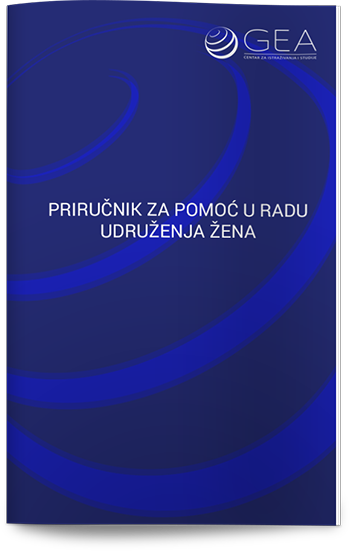 The Manual for help in action of associations of women

The Manual features contents of all presentations/workshops that were held for the women from these associations during project implementation. The project was initialized by Center for Research and Studies GEA from Banja Luka.

The project was funded by the EU and United Nations Development Program (UNDP), while it was realized in cooperation with Mrkonjic Grad municipality authorities and Helsinki Citizens’ Assembly Banja Luka.

Within project implementation, three women associations from Mrkonjic Grad were chosen to be the main target group of the project.