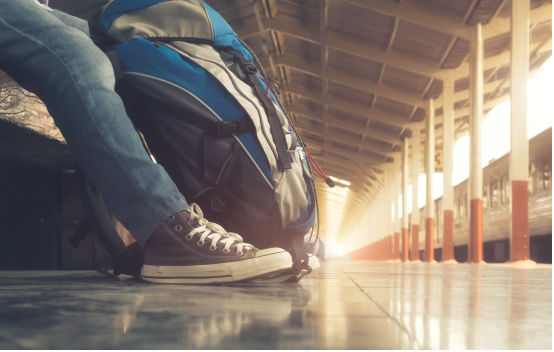 The objective of this document is to provide partners in social dialogue in Republika Srpska with useful information and an analysis of a range of subjects related to the dialogue on wages and their future trends.

When referring to defining a minimum wage, International Labour Organization (ILO) emphasizes the importance of achieving the balance between social and economic needs. This means that it is necessary to take into consideration both, the needs of the workers and their families but also the requirements of the economic development and of the high employment level. ILO also recommends adjusting the minimum wage over time.

Practices of defining a minimum wage differ among the EU Member States, as some of them do not have a legally defined minimum wage on the level of entire economy. On the other hand, some countries use indexation mechanisms – linking minimum wage trends with different indicators. ILO recommends defining minimum wages based on fact, irrespective of the indexation – minimum wage levels should be defined based on full consultations and the direct participation of social partners.

Thus, general level of prices and costs of living are the elements with the highest impact on minimum wage adjustments, with the consumer price index being the most frequently used indicator. Other elements which are often taken into consideration to achieve a balance with economic needs are labor productivity, unemployment rate and number of employed persons to be affected by minimum wage increase.

The gross minimum wage in RS in 2016 amounted to 621.9 BAM, of which 36.5% is deducted for contributions and income taxes. This “tax wedge“ included in the minimum wage (representing the difference between gross and net wage) is high when compared to many EU Member States. Thus, minimum wage received by the worker amounted to 395 BAM net. If minimum wage levels in the region are considered, since they are not that different from the one in Republika Srpska, as well as extremely low wages in domestic processing industry (52% of employees receiving a wage of 500 BAM or less), it can be concluded that it is not possible to agree on any significant increase of minimum wage through a single adjustment without addressing matters such as a general wage level and other important elements, e.g. productivity. The competitiveness and the profitability of the economy of Republika Srpska heavily rely on low wages and each significant increase of wages would have impact on cost structure and allocation of income. Accordingly, the dialogue on minimum wage needs to be simultaneous with the dialogue on general wage level and wages in individual sectors, as well as the dialogue on reforms which would contribute to the growth of the productivity of the local economy.

The average net wage in processing industry in Republika Srpska in 2016 amounted to 626 BAM while at the same time more than 50% of employees were registered to receive a net wage lower than 500 BAM. In the period 2010 – 2016, a certain level of correlation existed between the gross wage growth on one side and increased productivity and inflation on the other side. Gross wages even grew a little bit faster. However, due to the fact that the increase of wages started from the very low level, wages in processing industry still remain quite low.

Prices of processing industry products compared to other countries

Prices of local processing industry producers in period January 2013- April 2017 grew significantly faster than comparable prices in Germany, Italy, Slovenia and on the EU level. This finding does not support the hypothesis that prices of products produced by local processing industry producers grow more slowly than those of foreign producers, which, in turn, worsens the trading (exchange) conditions to the detriment of local producers, at least not on the level of entire processing industry. However, this finding also does not negate the possibility of unfavorable relation of prices, harming producers from Republika Srpska, which could have potentially appeared in previous period. To determine whether such imbalances exists, it is necessary to compare nominal price values on the level of individual sectors, or even companies.

In September 2017, the average gross wage in public administration of Republika Srpska was 85% higher than the average gross wage in processing industry. Previous analyses in this field suggest that such a large gap between wages in the public and private sector, which is significantly larger than in other countries of the region, hinders the development of sound negotiations between employers and trade unions in the private sector and discourages entrepreneurship development.

Convergence of wages and productivity between EU Member States

A gradual convergence of wages across the EU Member States is evident, which, in turn, reflects a parallel convergence process in productivity levels – undeveloped countries are “catching up“ with more developed countries. The European Commission believes that the last economic crisis temporarily stopped this process; however structural reforms continued to be implemented and have lately been focused on strengthening social assistance instruments and decrease of taxation of work.

Wages based on purchasing power

If the nominal wages in BiH and other countries are corrected using the difference in prices in these countries, huge differences between wages are somewhat alleviated. E.g., the average wage in Germany was 5.5 times higher than the average wage in Republika Srpska in 2015. If those wages are corrected using the purchasing power in these countries, then the ratio is reduced to 2.6. The same ratio would be reduced to 1.5 if both wages were fully spent on products and services from the category “Housing, water, power, gas and other fuels” due to big differences in prices in this category of good and services.

The whole document can be accessed here.